While Jesus spoke, I was seeing, but I cannot retell all my mind saw in a way that another might see it. I could make an image of it, even though I am an ass as regards drawing. It would suffice to make three concentric circles with a point in the middle. But that would say nothing.

There would be lacking the Light, and the intuition of the relations between the three circles and the point that centers them. Hence it would be a dead sign, while this is so Living, working, blissful. Certainly I will not forget anymore the beauty of this intellectual vision, should I live even a thousand years.

It will be my help, my comfort, strength, defense—all—in all circumstances. And it is an ultra-powerful Magnet which draws me to Itself and gives me an indescribable anxiety to reach It. I seem to live under the sun. But what should I say of the sun? The sun is a spent and cold star with respect to the Divine Fire fixed in the depth of the Empyreal Heavens, so distant and so near Yes, I have an impression of Its immeasurable distance, across which It flows through the whole Universe which is bathed in and lives by Its Light.

And at the same time I feel that each being, my own especially through the goodness of God who has permitted me to have this incomparable joy—each is near this Point of Life which is God, and is under Its beam which holds each gathered in, sheltered, living, like a bell-jar over a very delicate plant.

And with this banal comparison I spoil it all, but I find nothing better. In brief, I feel myself under the Eye of God. And it is a sensation of joy, of warmth, of strength, of an infinite, indescribable, gladdening peace. To live thus, under the incomprehensible Gem as my Master has justly named It! Now I truly understand what it means to say: ' Paradise. This story is related here solely from memory. Attempts to document it from available sources have proved unsuccessful. If any reader knows of any source or publication where this story can be found, kindly inform the Webmaster of this website.

Distributed among others by Saint Raphael's Publications Inc. See also links to other Valtorta Sites given on this website. The Vision occurred on the feast of the Most Precious Blood, I seek to be very exact and clear in describing to you 2 what Communion brought me. You know how happy I was. But not what bliss and what a joyous Vision was granted to me from the moment of my Eucharistic union on. It was like a picture which revealed itself to me by degrees.

But a picture it was not ; it was a contemplation. I was recollected from it for a good hour without any other prayer than this contemplation which rapt me beyond the earth. It started right after receiving the sacred Particle, and I don't think it escaped you how slow I was with the responses and the greeting 3 ; I was already wrapped up in it. Despite that, I said all my thanksgiving in a loud voice while the Vision came to me always more vividly. And then I quieted myself, with my eyes closed as if I were sleeping. But I had never been so awake with my whole self as in this hour.

The Vision lasts, in its final phase, even while I write. I write under the gaze of so many Heavenly beings who see how I say only what I see, without adding details or making modifications. And here is the Vision :. Having just received Jesus, I felt my Mama near me, Mary, at the left side of the bed. She embraced me with Her right arm, drawing me to Herself.

She was [clothed] with Her white garment and veil, as in the Visions of the Grotto in December []. At the same time I felt myself enfolded by a golden light of a sweet, an indescribably soft color, and the eyes of my spirit sought for the source of that golden light, which I felt raining down on me from above. It seemed to me that my room, even while remaining a room as it is with its floor and four walls and furniture, had no more roof, and I saw the boundless azure [heavens] of God.

Suspended in these azure [heavens], the Divine Dove of fire was hovering perpendicularly above Mary's head and, naturally, above my head, because I had leaned my cheek on Mary's cheek. The Holy Spirit had His wings open and in an upright, vertical position. He did not move, and yet He vibrated, and at every vibration there were waves, flashes, sparks of brilliance which were burst forth.

From Him gushed a cone of golden light. 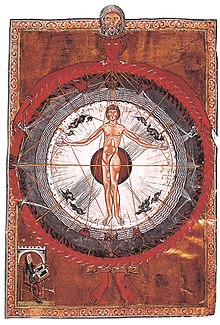 Its peak started from the breast of the Dove and its base enfolded Mary and me. We were gathered together in this cone, in this mantel, in this embrace of joyous light. A light very vivid, and yet not dazzling, because it communicated to the eyes a new strength which grew with every beam burst forth from the Dove, increasing always more the already existing beam of light with every vibration of the Dove. I felt as if my eye were dilated with a superhuman power, as if it were no longer the eye of a creature but of a spirit already glorified. When I attained the capacity of seeing further, thanks to the Love enkindled and suspended above me, my spirit was called to look still higher.

And against the clearer azure of Paradise, I saw the Father distinctly, in as much as His figure was in lines of immaterial light. He appeared to me as on a throne. I say this because He seemed to me to be seated with infinite majesty.

But I did not see a throne, or armchair or canopy. Nothing of any earthly form of seat.

He seemed to be at my left side toward the direction of my crucified Jesus, just to give you an indication, and therefore to the right of His Son , but at an incalculable height. And yet I saw Him in the tiniest of His most luminous features. He was looking toward the window still to give you an indication of the various positions. He was looking with a look of infinite love.

I followed His gaze and saw Jesus. Not the Jesus-Master Whom I usually see. But the Jesus-King : clothed in white but with a luminous and extremely white garment, as is that of Mary. A garment which seems to be made of light. A long staff, like a shepherd's, but still taller than my very tall Jesus, and which did not end with the shepherd's crook but in a transverse rod, which forms therefore a cross Upon the small banner is written—in words of light as if written with liquid diamonds, the title : ' Jesus Christ.

I see very well the wounds of His hands since His right hand holds the staff up high, toward the banner, and His left points to the wound of His side which, however, I do not see other than as a very luminous point from which beams of light radiate that descend toward earth. The wound on the right [hand] is just toward the wrist and seems like a very bright ruby, as large as a piece of our money The wound of the left hand is more in the center and wider, but then elongated toward the thumb.

I see no other wounds.


Rather the Body of my Lord is very beautiful and whole in all Its parts. The Father looks at the Son on His left. The Son looks at His Mother and me. He is truly the King of dreadful majesty, as it is said 8. The longer the Vision lasts, the more my faculty of perceiving the tiniest details increases, and of seeing always more in that vast ray [of light].

In fact, after some time I see St. Joseph near the corner where the Manger is. He is not so tall, more or less like Mary. With gray hair which is curly and short, and with a square-cut beard. A long, thin, aquiline nose. Two wrinkles incise his cheeks starting from the corners of his nose and descending to lose themselves at the sides of his mouth, in his beard. Dark and very good eyes. I find in them the loving good gaze of my own father. All his face is good, pensive without being sad, dignified, but so, so good.

He is clothed in a tunic of violet-blue like the petals of certain periwinkles, and he has a mantle the color of camel's hair. Jesus points him out to me, saying to me : ' Behold the patron of all the just. Then the Light summons my spirit to the other side of the room, that is toward Martha's 9 bed, and I see my angel. He is kneeling, turned toward Mary whom he appears to venerate. Clothed in white, his arms placed in a cross on his breast with his hands touching his shoulders.

His head is bowed very low, therefore I see little of his face. He is in an attitude of profound homage. I see his beautiful long wings, very white, pointed, true wings made to fly swiftly and surely from earth to Heaven, now gathered behind his shoulders. He teaches me with his attitude, as if he says : ' Hail, Mary. While I am still looking at him, I feel that someone is near me at my right side who places a hand on my right shoulder. It is my St. John 10 with his shining countenance of cheerful love. I feel blissful. I recollect myself in the midst of such bliss believing I have touched the summit.

But a still livelier sparkling of the Spirit of God and of the wounds of Jesus, my Lord, increases my capacity for seeing. I [will] try to describe it for you. Lower down, as between two azure slopes of an unearthly azure, gathered in a blessed Valley, the multitude of the Blessed in Christ, the Army of those marked with the Name of the Lamb, 11 a multitude which is light, a light that is song, a song that is adoration, adoration that is bliss. On the left, the ranks of Confessors.